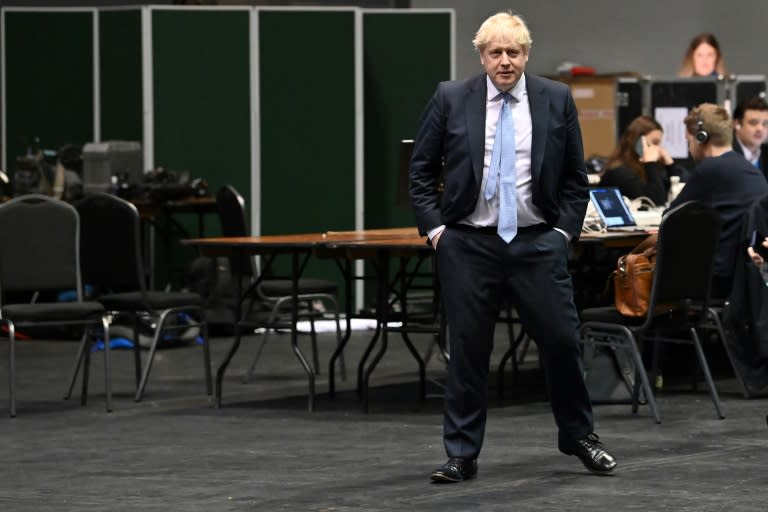 In a round of broadcast interviews Tuesday morning, Prime Minister Boris Johnson insisted 127 applications had been received — filling nearly half the total available — and disputed an overnight newspaper claim that it was just 27.

But hours later the government confirmed it had only received 27 names for the visas, and did not respond to questions about Johnson’s assertion that it was nearly five times that number.

“This is a global problem and we have been working closely with industry for months to understand how we can boost recruitment,” a spokesperson said.

Britain has seen more than two weeks of queues and panic-buying at petrol stations, particularly in London and southeast England, after supply issues initially prompted the temporary closure of a small number of retailers.

The subsequent run on the pumps has intensified the delivery problems in the tanker and wider haulage sector, with post-Brexit immigration controls blamed for worsening a long-running driver shortage.

In response the government has deployed scores of drivers from the army to help make fuel deliveries in the coming weeks.

It also announced last week that 300 six-month visas for tanker drivers would be issued immediately, as part of a total of 10,500 new temporary visas for lorry drivers and poultry workers valid only for three to four months.

Fuel retailers reported the situation in the capital and its surrounding counties was improving Tuesday, with just 15 percent of petrol stations completely dry.

“Whilst there has been a significant reduction in dry sites, these areas are still lagging behind in having both grades of fuel available compared to the rest of the UK,” said Gordon Balmer, of the Petrol Retailers Association.

“Members are reporting they are now receiving deliveries from military drivers using commercial tankers, however further action must be taken to address the needs of disproportionately affected areas.”

Frustrations have boiled over into anger in some places, and violence even broke out between motorists desperate to fill up, including with jerrycans and old water bottles.

Johnson insisted the shortage of lorry drivers was a global issue, although he acknowledged “a particular problem in the UK”.

Shortfalls in drivers and foreign workers have raised fears of more general shortages, with supermarkets struggling to stock up before Christmas.

But Johnson again refused to ease entry rules further for foreign workers, even as leaders of several sectors, including retail and hospitality, say they lacked staff.

“The supply chain problem is caused very largely by (the) strength of economic recovery, and what you will see is brilliant logistics experts in our supermarket chains, in our food processing industry, getting to grips with it,” he said.

“What you can’t do is go back to the old failed model where you mainline low-wage, low-skill labour.”