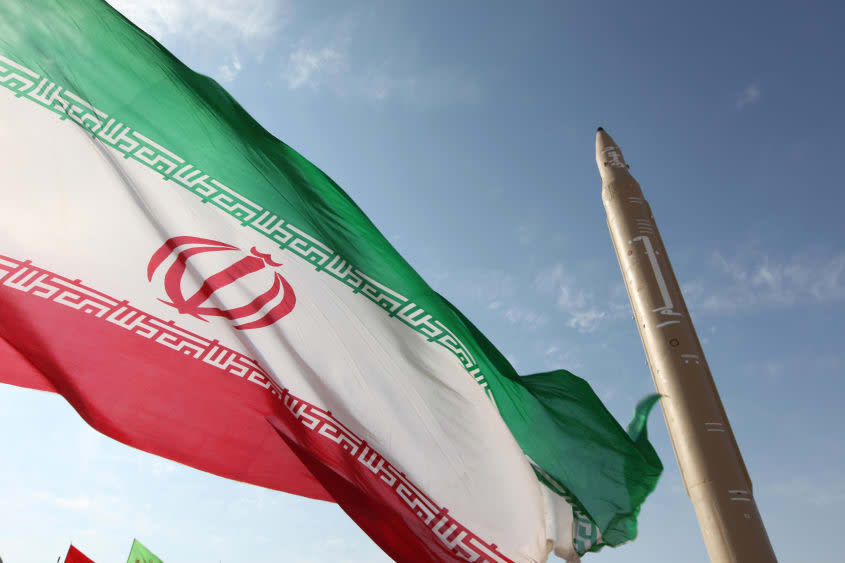 Iran is closer to a bomb than ever before. Is a new nuclear deal possible? Here’s everything you need to know:

What is Iran’s nuclear status?

Iran doesn’t have nukes yet, but it is close to being able to build them. Since the Trump administration withdrew in 2018 from the 2015 nuclear deal — which brought U.N. nuclear inspections in exchange for sanctions relief — Iran has drastically increased the pace of its pursuit. It is currently about a month away from producing enough fuel for a weapon, although constructing a warhead and mounting it on a missile would take much longer. Some experts believe the country may be trying to become a “threshold state,” able to build nukes whenever it decides to go all-out, while others think it is merely seeking leverage in negotiations to force the U.S. to return to the deal and lift sanctions. The original pact, between Iran and a group of world powers, restricted Iran to enriching uranium to just 4 percent potency, enough to run a nuclear power plant but far from the 90 percent required for a bomb. Now it has reportedly reached 60 percent, even as new President Ebrahim Raisi says his administration is willing to negotiate.

Raisi, 60, is an ultra-conservative protégé of 82-year-old Ayatollah Ali Khamenei, and a top candidate to succeed him as Supreme Leader. His black turban signals that he is a descendant of the Prophet Mohammed. A student protester when the Islamic Revolution broke out in 1979, he rose quickly to become a Tehran prosecutor and served on one of the four-judge panels, known as Death Committees, that retried several thousand dissident prisoners and condemned them to execution. Raisi took office in August after a low-turnout election heavily rigged in his favor, in which reformist candidates were barred from running. He immediately took a tough line against the U.S., saying at the U.N. last month that the “U.S. hegemonic system has no credibility” and that U.S. sanctions against Iran amount to “crimes against humanity.”

What are the sanctions?

The U.S. has laid various economic sanctions on Iran since 1979, when Islamic-radical students overthrew the U.S.-supported shah and took U.S. Embassy workers hostage. At that time, the U.S. froze $12 billion in Iranian assets. Over the years, the sanctions have been increased many times by both the U.S. and the U.N. Security Council to punish Tehran for pursuing nuclear weapons technology, and by the 2010s, the Iranian economy was suffering severely. In 2015, desperate to get an international ban on selling Iranian oil lifted, the administration of President Hassan Rouhani clinched the Joint Comprehensive Plan of Action (JCPOA) with the Obama administration as well as the U.K., France, Russia, China, and Germany. American conservatives denounced the deal as too lenient, and even though U.N. inspectors confirmed that Iran was complying, then-President Trump unilaterally pulled the U.S. out of the six-party pact and imposed the most debilitating sanctions yet in a “maximum pressure” policy. In just two years, Iran’s inflation rate soared to 40 percent and the poverty rate doubled, to 30 percent.

What effect did that have?

It actually strengthened the power of the Islamic Revolutionary Guard Corps, a military body that answers directly to the Supreme Leader and has championed the nuclear program. The Revolutionary Guard has clashed with Iran’s pro-democracy reformers for decades, but the reformers have had enough popular support to win parliament seats and even the presidency, acting as a check on the Supreme Leader’s extremism. Trump’s sanctions undermined the reformers, by proving that the U.S. was not a reliable negotiator and by making Iran desperate for international financial outlets. Through its front companies, the Revolutionary Guard bought up financial and oil contracts that were used to evade sanctions. The Guard then controlled Iran’s ability to sell oil under the table, enhancing its own power and status. That paved the way for an anti-U.S. hard-liner, Raisi, to take the presidency.

What has Biden done?

President Biden is seeking to revive the agreement, promising “full compliance” from the U.S. if Iran does the same. But he’s also ratcheted up the pressure by imposing new restrictions, blocking Iran from using its assets held in South Korean and Japanese banks to buy COVID vaccines, and pressuring the U.K. to halt repayment of old Iranian debt. At this point, the Iranians no longer trust America’s word. And the chaotic pullout from Afghanistan damaged the U.S.’s image as a nation whose military might is to be feared, and created doubt about its willingness to intervene abroad.

What’s the next step?

Raisi insists that Iran will resume multination nuclear talks in Vienna “soon,” but has not given a date. Yet with every passing month, the country gets closer to achieving breakout capability. Some believe Tehran is just stalling until it’s capable of building a bomb. “We really don’t have the level of deterrence we need, whether on the nuclear issue or in the region,” U.S. diplomat Dennis Ross told Foreign Policy. “The Iranians are clearly not afraid of us any longer.”

Ramifications of a nuclear Iran

If Iran were to become a nuclear state, or even hover at threshold status, the entire Middle East could be destabilized. Some analysts think that Sunni Arab countries like Saudi Arabia and the United Arab Emirates, which see Shiite Iran as a dangerous rival, would likely seek nukes if Iran got them. Others argue that this “nuclear domino theory” isn’t plausible, because it would require the Saudis to defy and even alienate its U.S. ally, and even Russia would be hesitant to see a nuclear arms race in the region. There’s no doubt, however, that Israel, which itself has unacknowledged nuclear weapons, sees a nuclear Iran as an existential threat because of Ayatollah Khamenei’s repeated calls for the annihilation of the Jewish state. Over the past decade, Israel has repeatedly sabotaged Iranian computer systems and assassinated Iranian nuclear scientists to set back the program. But if Iran gets further down the road this time, Israel may be tempted to pre-­emptively attack sites where uranium enrichment and bomb development are underway.

This article was first published in the latest issue of The Week magazine. If you want to read more like it, you can try six risk-free issues of the magazine here.