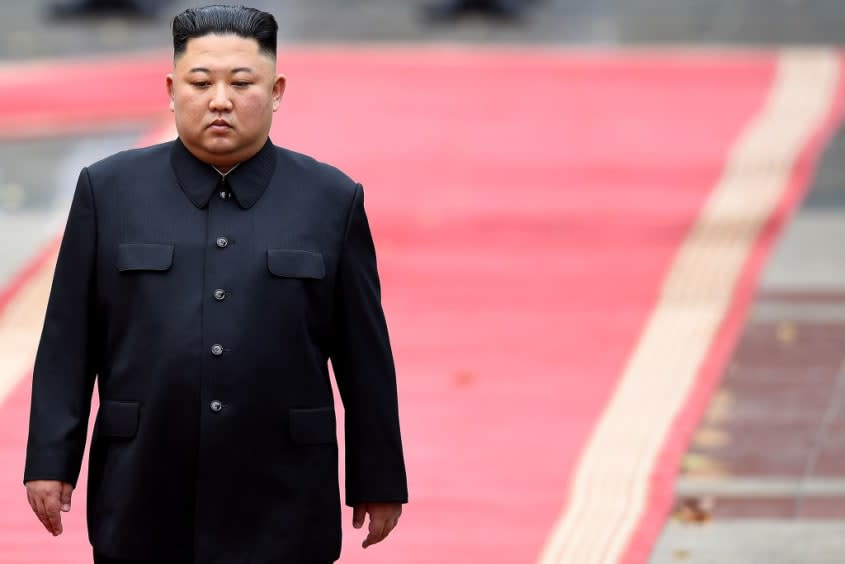 Kim said the United States has “frequently signaled it’s not hostile to our state” but that “there is no action-based evidence to make us believe that they are not hostile,” calling the U.S. a source of instability and accusing it of “continuing to create tensions in the region with its wrong judgments and actions,” The Associated Press reports. The North Korean leader also said the country’s top objective is to possess an “invincible military capability,” per AP.

Photos from the event seemed to show a ballistic missile that analysts say is one of the largest in the world, CNN reports. The comments from Kim came after North Korea said last month that it had successfully fired a hypersonic missile.

Professor and nuclear weapons expert Jeffrey Lewis told CNN that Kim’s exhibition focused on the “vast array of new missiles developed over the past five years,” serving as “both a display of past achievements, as well as a warning of what’s to come.”

Yang Wook, a military expert at Hannam University in South Korea, also told AP, “Basically, North Korea wants to send this message: ‘We’ll continue to develop new weapons and arm ourselves with nuclear force, so don’t slap sanctions with these as we can’t agree on the double standards.'”